Use “querer” to help your child learn Spanish 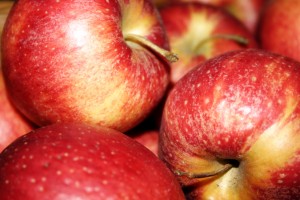 The Spanish verb querer, to want, can be used in many daily interactions with your child.

In Spanish, verbs change to match the subject of the sentence, and it is important to model these changes for your child. Children learn Spanish verb forms if they are exposed to them, that is, if they have the chance to hear the different Spanish variations of the verb.

One of the simplest ways to expose a child to Spanish verbs forms is to use the yo (I) and tú (you) forms of common verbs in situations where it is obvious what you are saying.

Querer – to want Querer is the Spanish infinitive. In this form it has not been changed to match any person doing the action.

A note:  The words yo (I) and tú (you) are not usually included in the sentence. The ending of the verb shows who is doing the action.

Try using the verb querer in situations like these:

At the table, when you ask your child if she wants something, or more of something:

¿Quieres? – Do you want some?  (Point to or hold out whatever you are offering.)

¿Quieres más? – Do you want some more?

With toys, or any object in your hand, that you are offering to your child.

¿Quieres esto? – Do you want this?

When you are going to read to your child:

Quiero leer. – I want to read.

¿Quieres leer? – Do you want to read?

When you are hungry, or it is time to eat:

Quiero comer. – I want to eat.

¿Quieres comer? – Do you want to eat?

Clearly, there are many opportunities like these to use this Spanish verb with your child.  Just say what you want when the situation and your actions make the meaning of the Spanish words clear.  ¿Quieres hablar español?  ¡Claro que sí!

Spanish song for washing hands: Yo me lavo las manos
Picture book for learning the Spanish verbs "quiero" and "quieres"