The Wanting Monster: Why I Let My Kid Write Extremely Long and Greedy Wish Lists 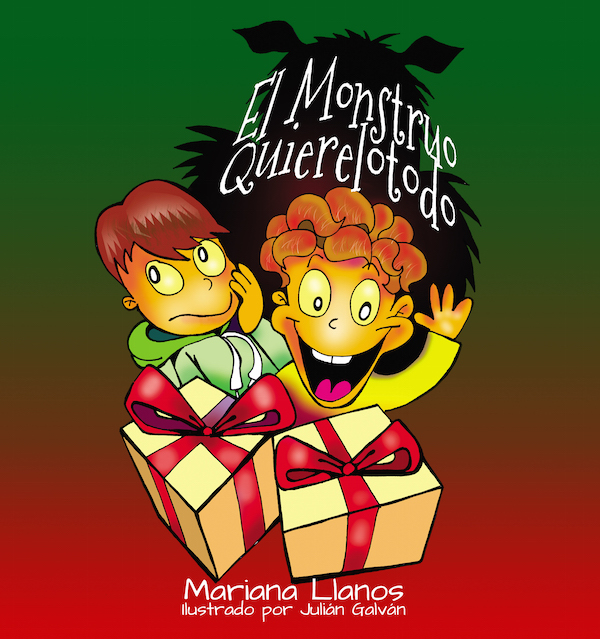 Mariana Llanos is a Peruvian-born writer and mother of three. She has published six children’s books available in English and in Spanish on Amazon or her website.  Mariana visits schools around the world through virtual technology to encourage children to read and write. For this season,  Mariana recommends El monstruo quierelotodo (The Wanting Monster in English), a story about a boy who wants everything he sees around Christmas time. The book is illustrated by Julián Galván and is a winner of The Gittle List Top Ten of 2014. Mariana is currently working on The Wanting Monster: Christmas in Perú.

It started when my middle child was six years old. Even though it was only early November, the air was already sprinkled with Christmas cheer and shopping spirit. His favorite TV shows were plagued with vibrant ads showing cool kids playing with the most awesome toys. Wherever we went, he would see toys strategically placed at his eye level.  Even the pharmacy had two aisles dedicated to toys, trinkets, and games. My poor son couldn’t take it. He wanted everything he saw, and then some more.

I tried different ways to explain to him that he couldn’t have everything he wanted. His older brother, who was nine at the time, tried to teach him about ‘wants’ and ‘needs’. I remember hearing him say once, “If Mom buys you all you want we won’t have money to eat!” It was around that time that we gave my six-year-old a new nickname, “The Wanting Monster”.

But my son still craved all the toys in the world.

One day I came up with a plan: “Why don’t you make a wish list, and add whatever you want to it?” I asked.

His eyes lit up. He had just learned how to write, and with a little help he’d be able to spell the names of some of the things he wanted.

“Now,” I warned, “just because you put it on your list doesn’t mean you’re going to get it.”

“But I can still wish for it, right?” he asked.

“Yes, but you’ll only get the things we, and Santa Claus, can afford.”

He was fascinated by the idea. He started writing his list right away. One day I caught him in front of my computer. He was looking at a site filled with toys, and he was writing the names of the things on his list –  codes and serial numbers included. That Christmas, his wish list was two pages long, front and back.  A few months later, I wrote a book inspired by my son, called, of course, The Wanting Monster. 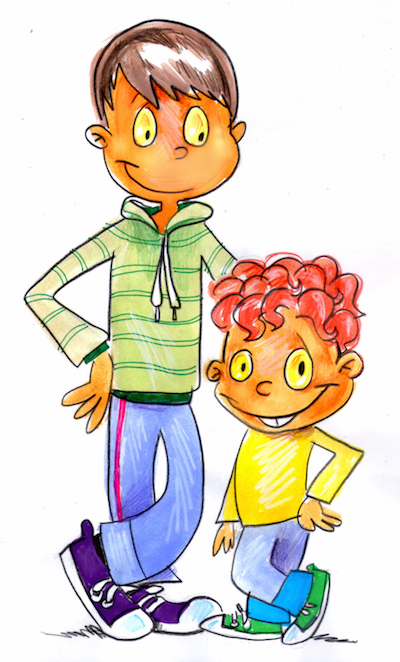 At some point I became worried. Was I raising an overly materialistic person? Would he ever learn that Christmas was about giving, not receiving? But it turned out, he was learning more than that.

Writing his long lists has helped him become an excellent speller. He’s not afraid of long words, because after spelling SKYLANDER SUPERCHARGER LEGENDARY HURRICANE, other words seem like a piece of cake.

He’s also learned incredible online research skills by going to different websites, and comparing not only prices, but also characteristics and specifications. As a result, this activity helps strengthen his critical thinking.

Writing a wish list also allows him to curve his immediate desire: he writes it down, he puts it up, and that’s it. Whether he gets the thing on Christmas or not, doesn’t really matter. He’s always happy with what we get him, some things off the list, some others are not.  This exchange happened a few days ago:

But even better, writing a wish list allows him to dream and to express his heart’s uttermost desires. In last year’s wish list he asked Santa Claus to bring an extra toy to every kid who didn’t have parents. He also asked for peace on Earth. On this year’s list, he’s asking for his best friend to come over on Christmas day, and for cancer to be extinct.

My son is nine now, and his wish list this year is at its 3rd page. I know he’ll grow up and one day we’ll laugh together over his super greedy and long lists. But, since I don’t want him to grow up too much quite yet, I’m happy every time The Wanting Monster shows up with his burning desire to turn the world into a gigantic toy store, and to own the universe. His wish lists are the work of a child who likes to dream. And isn’t that what childhood is all about? 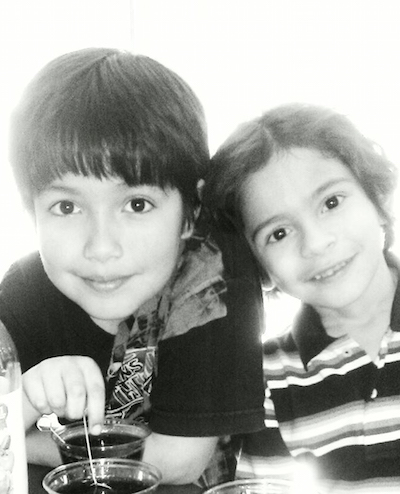 In addition to El monstruo quierelotodo, The Wanting Monster, Mariana has written other children’s books in Spanish. Read about them in these posts:
Emotions in Spanish: Mara sin cumpleaños
Tristán Lobo: Transitioning to Longer Stories
You can follow Mariana on Facebook and Twitter.