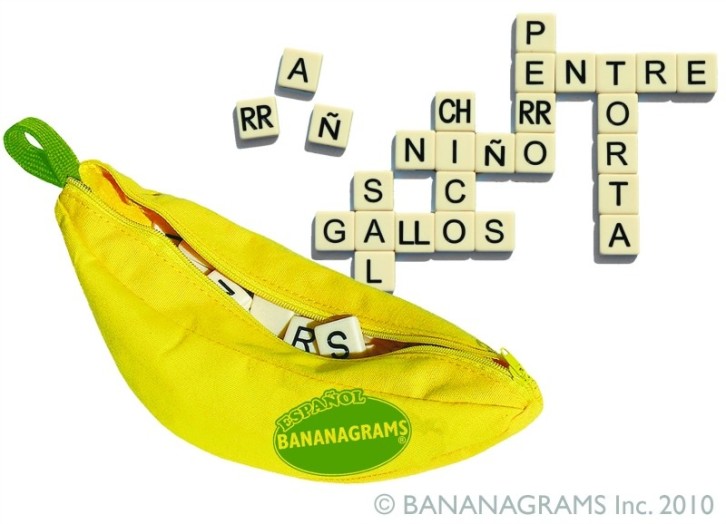 My kids grew up playing all kinds of Spanish word games. One of my favorites was definitely Bananagrams. It was the first game we took to play with my son-in-law’s family in Peru, and we still have a wonderful time playing when we spend Christmas there. Bananagrams in Spanish is available on Amazon.

The physical game itself, the set of tiles with letters, is one of the most versatile Spanish word games I own. These are a few of the reasons I love the little white squares:

The game Bananagrams, played according to the instructions, is a excellent game for Spanish learners who have acquired a base vocabulary to draw on. For beginning learners, try some of the other Spanish word games I suggest below.

Bananagrams depends on flexibility, on being able to use up your letters and draw more (forcing your opponent to draw more, too).

There are lots of Spanish word games you can play with younger kids and language learners of any age. Try these options and adapt them to the number and ages of the players. If you are playing with preschoolers, there are other suggestions below.

Disclosure: The company sent me a copy of this product to be able to write the article. I may have been compensated for my time.  All of the ideas and opinions are my own.