How to Use a Spanish Worksheet 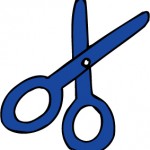 You can turn this routine worksheet into an effective Spanish learning tool by using the pictures in different ways.  This is a worksheet with pictures to cut out and glue in a labeled space on a second worksheet. The activity consists of matching the picture of a common object to the Spanish word and is meant for native speakers who are beginning to read.

These pictures can be used effectively with Spanish-language learners. The goal is to use the Spanish words many times in a way that the picture and the context make the meaning clear. Remember, a child needs to hear Spanish words used in a situation where she can understand the meaning. By hearing a word used and understanding what it means, she will absorb the language and later be able to produce it. Cutting and gluing are language activities when you talk about the pictures and what you are doing. You can also talk about the words by relating them to each other.

Click the link for the first worksheet: a set of pictures of common Spanish vocabulary.

Click the link for the second worksheet: spaces labeled with Spanish vocabulary words.

These are the words and pictures in this activity:

Cutting and gluing pictures as a Spanish language activity

Cutting out pictures with your child can be an effective language-learning activity. The key is to talk about what you are doing. The picture clarifies and reinforces the meaning of what you are saying in Spanish.  Also, the process offers the opportunity to repeat Spanish vocabulary and structures.  It is best if you and your child each have a set of pictures to cut out.

1. Talk about the picture as you are cutting it out. Repeat the same sentences, or variations, so that you repeat the Spanish word for the picture. For example, as you cut out the tree you might say:

Estoy recortando el árbol. – I am cutting out the tree.

2. Talk about the picture that your child is cutting out. For example, you might say:

Me gusta la flor. La flor es bonita. – I like the flower. The flower is pretty.

El perro y el gato son amigos.  Voy a poner el gato al lado del perro. – The dog and the cat are friends. I’m going to put the cat next to the dog.

Sorting the pictures into categories is a good way to repeat the new Spanish words many times. This gives your child the opportunity to associate the word with the picture and to relate the words to each other.

With this set of words here are some categories that you could try:

Remember to talk about each object as you add it to the category, repeating the Spanish word as much as possible.  For example:

By making sentences that use two or more of the vocabulary words, you can also associate the Spanish words with the pictures and relate them to each other. Keep in mind that the goal is to use the words many times in a way your child understands.  Pick up each picture as you say the Spanish word and then move them in a way that makes the meaning of the sentence clear.  For example:

La niña anda en bicicleta. – The girl rides a bike. (Put the card with the girl over the bike.) ¡Va rápido! – She goes fast! (Move the two cards fast.)

La niña se llama Sara. Sara tiene un perro. – The girl’s name is Sara. Sara has a dog.  (You put the girl and the dog cards together.  If your child knows the words, she can help you look for the one you need.) ¿Dónde está el perro? Allí está. – Where is the dog?  There he is.

You can also talk about the pictures by telling a simple story that uses several of the words.  Move the cards to make the meaning of the story clear.  I have put the words that have picture cards on these worksheets in bold.  For example:

(This little girl is Ana.  She has a dog and a cat. One day Ana invites her friends, Rabbit and Bear, to play at her house.  Rabbit arrives in an airplane.  Bear arrives in a red car.  They all play at Ana’s house. They play with the drum, and the ball and they ride bikes. They have a good time. They eat cake and afterwards they fall asleep because they are very tired. They sleep under a tree.  They sleep and sleep and then they wake up and they look at the clock. It is three o’clock in the afternoon!  It is time to go home.  Rabbit gets into his airplane.  Bye Rabbit!  Bear gets into his red car. Bye Bear!  Thanks for coming to play.  Ana, the dog and the cat are very happy. )

Stories like this work well with groups. Usually I tell the story first, and the students just listen. Each student has a set of pictures they can manipulate as they listen to the story a second time.  Depending on the story, they can move the pictures to the action of the story, touch the pictures when they hear the words, put the pictures in order, or put them into a scene.