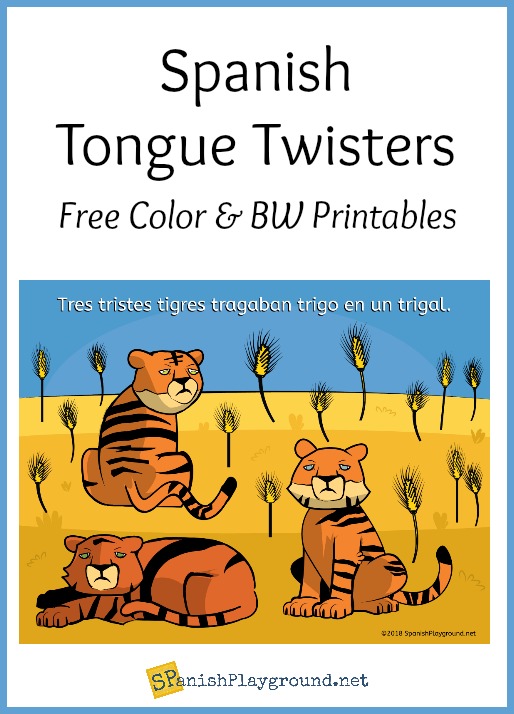 Tongue twisters are a fun cultural connection. They are also short, with rhyme and rhythm, so kids love them. But how do we make them useful for Spanish learners? A language has to be meaningful for kids to learn. That is the catch with Spanish tongue twisters.

Tongue twisters play with sound, so meaning is secondary. For native speakers, that is part of the fun. However, my students have limited exposure to Spanish, so I need to use that exposure to maximum benefit.  As teachers, if we share Spanish tongue twisters, we need to make sure students understand them and can use the language in other contexts.

Is it worth the trouble? I think so! Spanish tongue twisters are fun, a good way to practice pronunciation, and a great way to expose kids to more culture.

Tongue twisters give kids a reason to pronounce the same sounds over and over. One of the drawbacks, that kids are not communicating information, actually makes tongue twisters useful for this very specific purpose.  Students can focus on sound and pronunciation, which is something we often don’t take time to do in class.

For example, the letter t in Spanish is different than in English – it is dental, so the tip of the tongue goes right behind your teeth. With the classic tongue twister Tres tristes tigres tragaban trigo en un trigal, kids can focus on getting their tongue in the right place, and also practice the flap of the single r.

And of course, there are whole tongue twisters created specifically for learning to roll your Rs. There are many versions featuring guitarra, cigarro, barril, carros, and ferrocarril in combinations with the verb rodar and rápido. This is just one short example: R con R guitarra, R con R barril, qué rápido ruedan las ruedas del ferrocarril. 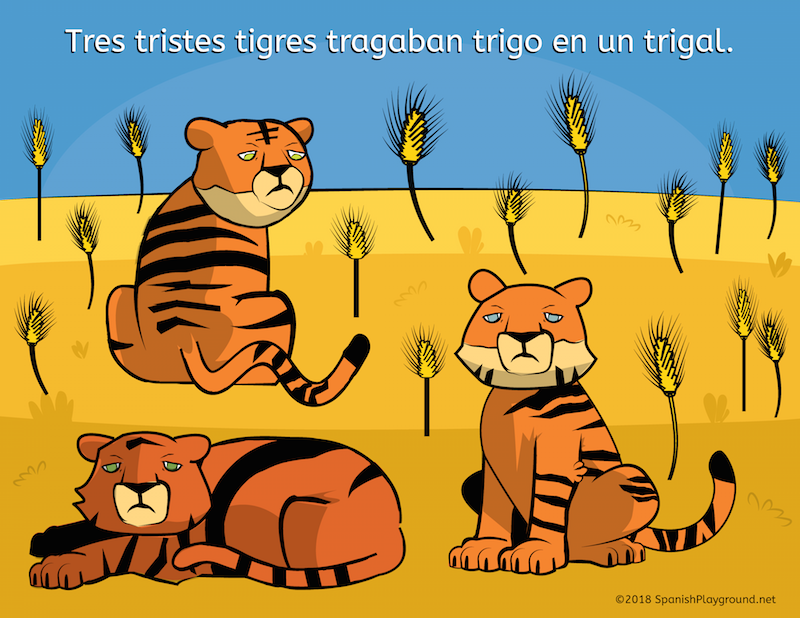 In the show, Alejandro is learning tongue twisters and has pictures to share with his students. You can see them in the video below.  The first tongue twister is the classic Tres tristes tigres tragaban trigo en un trigal. There are longer versions of this tongue twister, but this first line is a great place to start.

We made the image for the series, to clarify the words in the trabalenguas. I’m sharing a version here with Spanish Playground readers, too. There is a PDF in color and another in black and white for kids to color.

Get the Tres tristes tigres printable in black and white.

Get the Tres tristes tigres printable in color. 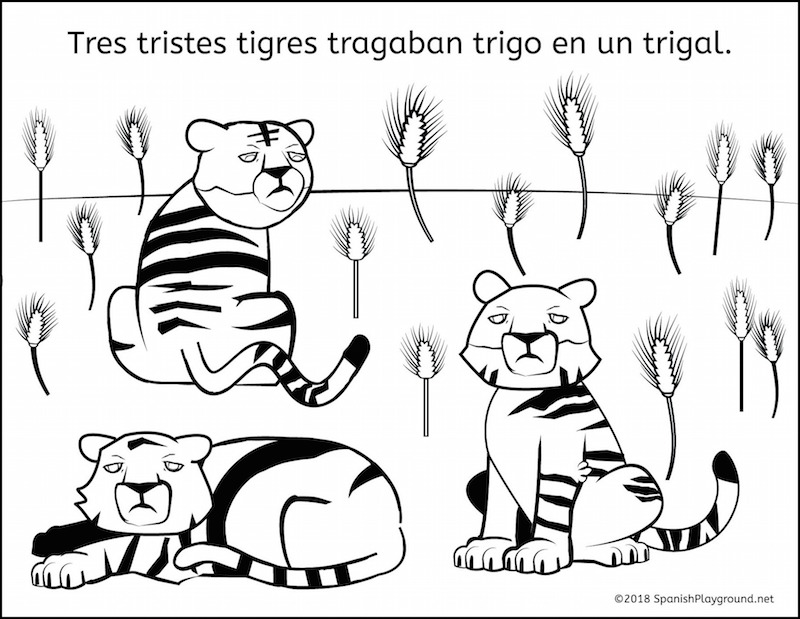 One of the ways to make Spanish language meaningful it to treat them as real language. Explore the content, instead of just playing with the sound.

For example, in the case of Tres tristes tigres tragaban trigo en un trigal, we have to ask ¿Por qué están tristes los tigres? It is also logical to wonder why the tigers are eating wheat!

You can see Sandra ask these questions as she thinks about this Spanish tongue twister in Episode 2 below. The relevant content is in the first minute of the video.

There is no doubt that many Spanish tongue twisters are culturally relevant, and that is another reason to share them with students. Treating the them as real language and exploring the content give us the opportunity to tap into the culture.

To expands on the cultural component, it makes sense to explore how people in these countries use coconut and the other fruits they buy and eat.

You can see a good example in Episode 3 below. The relevant content is in the first minute of the video.

First, I look for trabalenguas with concrete, familiar language. This is because I have an easier time representing them with images. Also, if the language is familiar it means it is something they will use in other contexts.

Next, I decide whether to use just part of the tongue twister, rather than teaching the whole trabalenguas. Some of them are long, and shorter segments are meaningful. With those Spanish tongue twisters, I use a relatively short segment and the kids repeat it. That is the case with Tres tristes tigres tragaban trigo en un trigal and Como poco coco como, poco coco compro.

For this tongue twister, I usually have to teach noun plancha and the verb planchar. I have also had to explain the action itself – in today’s world of knit and wrinkle-free fabrics, not all kids know what ironing is!

This tongue twister also lends itself to a discussion of gender roles. You can talk about housework and who traditionally had responsibility for which tasks. This makes a great review of house vocabulary. 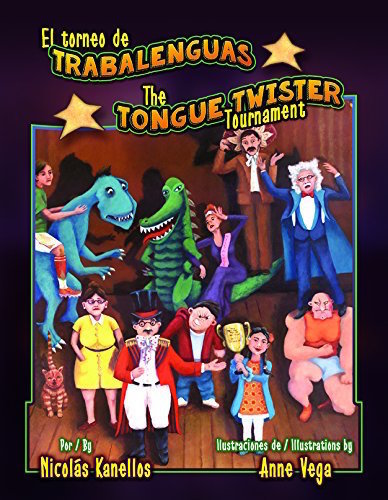 The characters in El torneo de trabalenguas / The Tongue Twister Tournament participate in a tongue twister contest where “el mejor torturador de nuestras lenguas” wins. In other words, the story incorporates the idea that readers will say the trabalenguas and decide which is the most difficult.

You can read more about the book and find suggested activities here: Spanish Tongue Twisters: Book and Activities

Be sure to check out these other ways to celebrate Latino culture during Hispanic Heritage Month!

Hispanic Mama: Raising Kids to Be Proud of Their Latino Heritage

October 1
For the Love of Spanish: All About Time in Spanish with Los Esqueletos

You are invited to the Inlinkz link party!