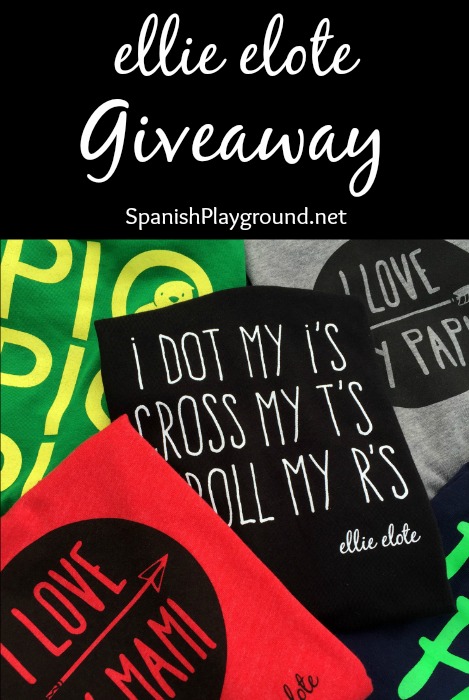 As parents, grandparents and teachers, we want kids to be proud of speaking two languages. We want them to see bilingualism as a part of their identity. One excellent way to send this message to kids is with the fun collection of Spanish t-shirts (and t-shirts about speaking Spanish) by Ellie Elote.

Supportive environments help young Spanish speakers and Spanish learners embrace the language and feel proud of their ability to communicate. Parents and teachers make an effort to support bilingualism at home and at school, but it is always nice to have a little help. Ellie Elote celebrates bilingualism with a line of Spanglish and Spanish t-shirts for kids.

Ellie Elote has a giveaway for Spanish Playground readers! They are giving away any in-stock t-shirt of the winner’s choosing (long or short sleeved), including domestic shipping. Enter the giveaway using the Rafflecopter below. Read Spanish Playground’s official giveaway rules. 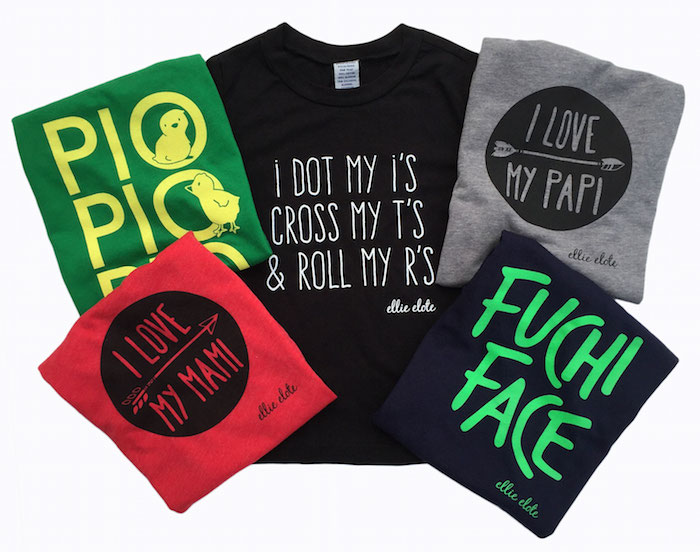 Aren’t these Spanglish and Spanish t-shirts darling? They let children know that we value their Spanish skills. The Spanish t-shirts also let others know that our kids speak Spanish! People will see these t-shirts and engage the kids in conversation. When they do, children are reminded of the fun and importance of speaking Spanish.