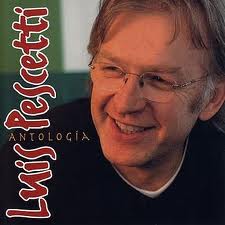 Luis Pescetti is a Grammy Award-winning children’s artist and author from Argentina and probably one of my favorite people. He is an amazing educator and performer, but what I love most about Luis Pescetti is the way he interacts with children. His genuine affection and appreciation for them comes through in everything he does. He is very funny and an inspiration for anyone who works with kids. If you are not familiar with his work, go to his website and watch a few videos of his performances. He will have you laughing in no time.

One of the many amazing things that Luis does is share his work on his website – Luis Pescetti. There you can find videos, lyrics and mp3s of his Spanish songs for kids. Of course, I have my favorites (Gracias, Érase una vez un lobito bueno, Al agua pato, La mayonesa), but you will surely find your own. Be sure to check out the Juegos!

On his website, Luis also makes available a cancionero (song book) and recordings of the songs as a free download. It is called Canciones para el bolsillo and the songs are what might be considered camp songs – many are funny and meant to be sung in an informal group. Quite a few are traditional, sung throughout Latin America, like Cucú cantaba la rana, La vaca lechera, and Tumbas. Several of these Spanish songs for kids work well with Spanish language learners. The link to the download is at the end of this post.

Below are a few of the songs from Canciones para el bolsillo that you might want to use with children learning Spanish. They are roughly in order of increasing difficulty. What Luis sings varies slightly from the written lyrics sometimes, so if you are using these recordings with kids and giving them the lyrics, you will want to check, and perhaps change, the written words.

Also, these recordings are not necessarily from the CDs. Also, some were done during live performances, so Luis interacts with the audience. In Verde, verde for example, he tells a series of ¿Cuál es el colmo..? jokes.

You may also be interested in this post: Song and Game to Teach Opposites in Spanish – Yo conozco un juego