Spanish Songs for Kids from the Disney Series Violetta 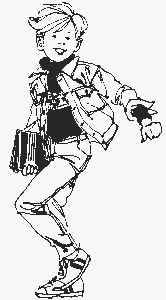 Kids in elementary school love music, but many of them are no longer interested in traditional childrens’ songs in Spanish. Rather, they have moved on to popular music with contemporary rhythms and themes that revolve around friends. Choosing popular Spanish songs for kids can be difficult though, because much of the content is directed to young adults and adults.

One source of fun music that is appropriate for kids in elementary and middle school is Violetta, a very popular television series from Disney Channel Latin America. The series began in the spring of 2012 and was broadcast on Disney Latin America and in several countries in Europe. It is the story of a group of talented students at a performing arts school in Buenos Aires. The main character, Violetta, is played by Martina Stoessell of Argentina. The episodes themselves will be difficult for Spanish language learners to understand, but the songs are much more accessible.

Videos of the songs are available on YouTube, and many have sing along versions with the lyrics. This fun song Veo, veo is a good place to start.

Special thanks to reader Katie and her daughter for a fun discussion of Spanish popular music for kids in elementary school!

You may also be interested in this post: A Song to Celebrate Friends on El Día del Amor y de la Amistad