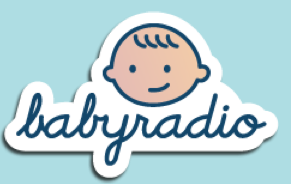 Babyradio is a new internet radio station from Spain (Cadiz) for children 0-6. It broadcasts Spanish songs, stories and games. Babyradio debuted in September, and they are still adding to their programming and their site.

This is a very engaging language resource for Spanish-speaking families. It might also be useful for teachers in immersion programs or other settings where their students have a high level of Spanish. There is a lot of repetition, so children will learn the songs and games. The language is too difficult for beginner learners, but teachers may get ideas for Spanish songs, stories and games.

Click here to listen to Spanish songs, games and stories from Babyradio.

Unfortunately, the difference in time between the Americas and Spain makes it hard to us take full advantage of Babyradio’s programming. Because they are seven hours ahead of us (or six, eight, or nine hours, depending on where you live), at 3:00 here in Wisconsin, they have started their buenas noches programming. This is music without words, adapted from grandes clásicos such as Bach and Pucinni. They also play this music during naptime, 15:00-17:00 hora de España, which unfortunately falls during our morning. As you can see, you have to plan a little bit to take advantage of the Spanish language. For me, after 10:00 am there are five hours of programing that are great for kids. You can also listen if you are up very late, or very early. This is not much help if your kids are in school, but if you have little ones at home, or can listen on the weekend, I think you will enjoy Babyradio.

Specifically, you will hear traditional Spanish songs like Debajo de un botón and El patio de mi casa. There are games, too. For example, in one game children guess the sound they hear (a horse, a doorbell, a telephone) and in another they try to copy a rhythm that they hear. There are also many stories. Some are classics like Los tres cerditos (The Three Pigs) and others are original. Some of the stories are told in verse, with lots of rhyme and rhythm. With all of these – songs, games, stories – there is lots of language play, something that I really enjoy about Babyradio!

There is an app for iPhone, so if you have one, you can listen to Babyradio there too. Unfortunately, the app does not adjust to the hour on the phone. I am hoping that will change with the next version!