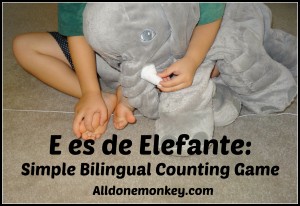 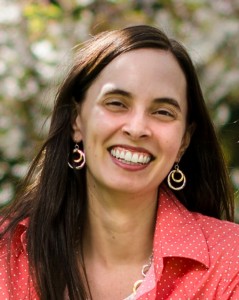 Leanna is a stay-at-home mother to a sweet, funny, rambunctious three year old boy and his adorable, smiley baby brother. She and her husband, who is from Costa Rica, are raising their boys to be bilingual and bicultural but more importantly to be “world citizens.” You can find her online at her blog All Done Monkey, as well as on Facebook, Twitter, and Google +. Leanna is the co-founder of Bahá’í Mom Blogs and founder of Multicultural Kid Blogs.

This post will be linked up to the series 31 Days of ABCs.

I first learned this cute counting song when I lived in Bolivia years ago. The tune is catchy, plus it’s just fun to imagine elephants balancing on a spider’s web! (You can find the song and full lyrics on a number of sites, including this one).

It wasn’t until years later that I learned there are several English versions, such as this one:

(Go here for the full English lyrics and an extension activity).

When we reached the letter “E” in our preschool co-op last year, I decided to make a game out of this song. (I didn’t think to take photos at the time, so these are from more recently, when my son and I played it at home).

First I laid a piece of string on the ground. As it happens, we have an adorable spider’s web lacing game that a friend made for us, so I used that. 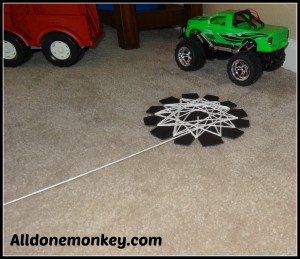 Then I had the kids act like elephants – there are few things funnier than a bunch of preschoolers acting like elephants! – and one by one they started to walk on the string. This balancing is great for development of gross motor skills, plus they really enjoy it! 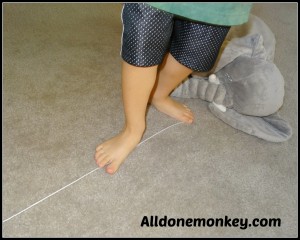 Since all of the kids had some exposure to Spanish (to varying degrees), I sang first in English and then in Spanish. So not only did they practice some animal vocabulary, the song is great for reinforcing numbers in Spanish.

As the string gets more crowded, the game gets sillier, until finally you build to the dramatic ending, where the string “breaks” and all the elephants fall down. 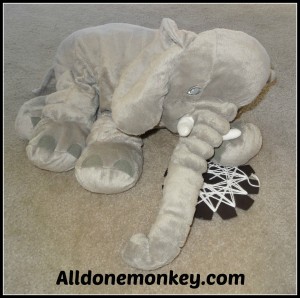 What have you been up to with your little ones lately?