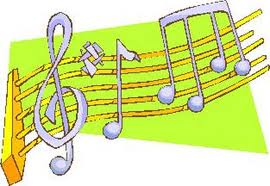 The title of this traditional Spanish number game, a pares y nones, means evens and odds in English. It is a popular game to play with groups of kids in Mexico.

To play a pares y nones everyone joins hands in a circle and walks singing the song. Then, the leader (teacher) calls out a number and everyone hurries to form a group of that many people. I have also seen the game played using other traditional songs, like Limón partido.

The words to the song are very simple. I know two slightly different versions, and there are probably others. The video shows this Spanish game with groups of different ages, so you can get a good idea of how it works. These are words that you hear in the video:

This is another version of the song:
A pares y nones / Evens and odds
vamos a jugar / we are going to play
el que quede solo, / Whoever is left alone,
ése perderá. / that one will lose.
¡Hey! / Hey!

A pares y nones is a traditional song and one that most children in Mexico know. Because it is so well known, it was adapted as part of an anti-drug campaign in the following public service announcement. These are the lyrics:
A pares y nones / Evens and odds
vamos a jugar / we are going to play.
Y si estamos juntos, / And if we are together,
No te perderás. / You won’t get lost.
¡Hey! / Hey!

You may also be interested in this post: A Guessing Game with Numbers in Spanish – He pensado un número