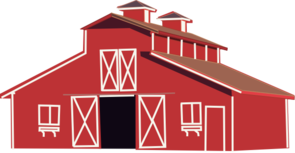 Old McDonald is a song many English speakers learn when they are very young. The equivalent Spanish song for kids is En la granja de mi tío, and it is a fun way for children to learn animals and animal sounds in Spanish.

There are several variations of the song in Spanish with different melodies and lyrics. In Spanish, it can be la granja de Pepito, la granja de Juan or la granja de Miguel. The number of animals also varies; sometimes there are ten of each. If you find a version you like, the differences in lyrics are details, but teaching a version with the same tune as the English does make it easier for children to learn.

Last fall Música Vaca put this version on YouTube. I like it because it is slow and clear. It has one of each animal, like the English, and the video reinforces aquí and allá by moving the animal closer and farther away. You can see the lyrics by clicking CC and choosing Spanish. This video has just three animals – cow (vaca), cat (gato), pato (duck), and cabra (goat). Of course, you can add as many as you like! There is a list of animals and the sounds they make in Spanish at the end of this post.

Unfortunately, the version by Música Vaca is not available for download. Another common version with the same tune has these lyrics:

As you can see, the Spanish matches the English that most kids know, except that it is in the present tense and there are ten animals. This is the version that Las Gaticas sing. It is clear and used in several YouTube videos, like this one.