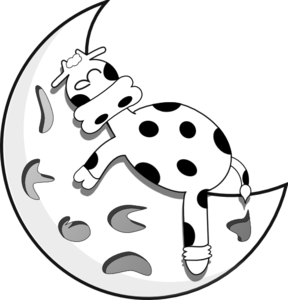 This Spanish song for kids is one that Marta remembers from her childhood. The post is part of a series featuring multicultural bloggers who are raising their children speaking Spanish and another language. Their blogs offer valuable perspective into Spanish, kids and culture.

Please to meet you! I am very glad Jennifer has invited me to write a guest post on her blog. My name’s Marta and my blog’s name’s A Bilingual Baby. I live in Barcelona and blog about books, films and activities for Spanish-speaking children who are learning English as a second language.

When I was a child, I never wanted to go to bed at night. Apparently, many children thought the same as me, so, in many Spanish-speaking countries, there was this song on TV to help parents convince their children it was bedtime. It was created by the Moro brothers and was on TVE (Official Television in Spain) during the 60s and 70s. You could hear the song everyday at 8.30 (9 pm if it was summertime). The words follow the video.

During the 80s, instead of familia Telerín, we had a little monster called Casimiro. You can see his song here.

I hope you like these songs and sing them with your kids! Please, do share any song or lullaby you like for bedtime. Whatever you sing, sweet dreams! Or, in Spanish, ¡dulces sueños!