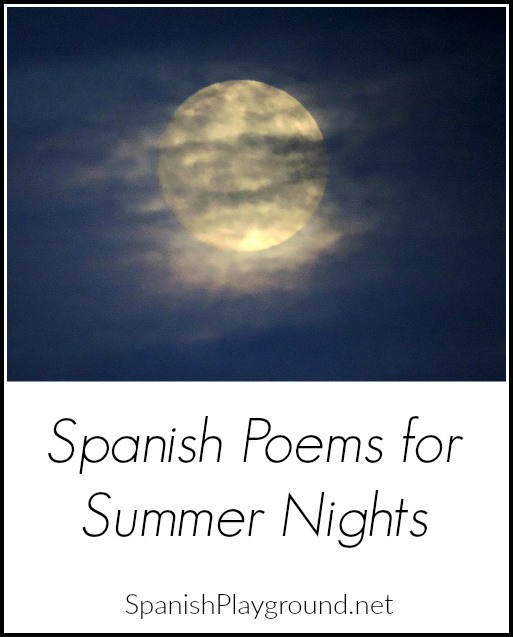 Douglas Wright writes short poems for children. Many of them are at a perfect level for language learners. His poetry revolves around daily experiences as children interact with the natural world. Kids will relate to these two poems about night. I love Spanish poems for summer reading!

Be sure to check out our poetry resource page Spanish Poems for Kids.  It has more poems for children and information about sharing them with language learners.

I like these Spanish poems for summer reading because most kids will be familiar with moon-lit nights and star-filled skies. The poems have familiar vocabulary and are short enough that kids approach them with confidence. Many thanks to Douglas Wright for allowing me to share his poems on Spanish Playground.

The first poem is called Bajo la luna. You can find an illustration of the poem on El Jardín de Douglas by clicking on the title below. This is a wonderful poem for children to practice reading aloud and to memorize.

The structure of this poem makes it easy to use. The first two and last two lines frame the middle lines. The first lines establish a general setting. The third and fourth lines mention elements of the landscape – they are the todos in the first line. Readers build a mental picture as the poem adds elements.

Kids today are very familiar with cameras and video. Point out that the poem starts with a wide angle, zooms in, and zooms out again.

Children can use this structure as a model to write their own poems. They can start with a general view, then give specific examples, and then repeat the more general statement.

The second poem is El brillo de las estrellas.  You can find an illustration of the poem on El Jardín de Douglas by clicking on the title below.

This poem is a comparison of fireworks and the stars. Many Spanish learners in the U.S. learn the word cohete for fireworks, so be sure they are also familiar with fuegos artificiales.

Again, children can use the structure of this poem to write their own comparison poems. This is also fun to do as a class. The second and fourth lines rhyme, so you can use the poem to talk about rhyming words.

Illustrating the poems is a simple and fun way to reinforce vocabulary. Try using colored chalk on black construction paper. It is a satisfying and easy way to create a night sky. 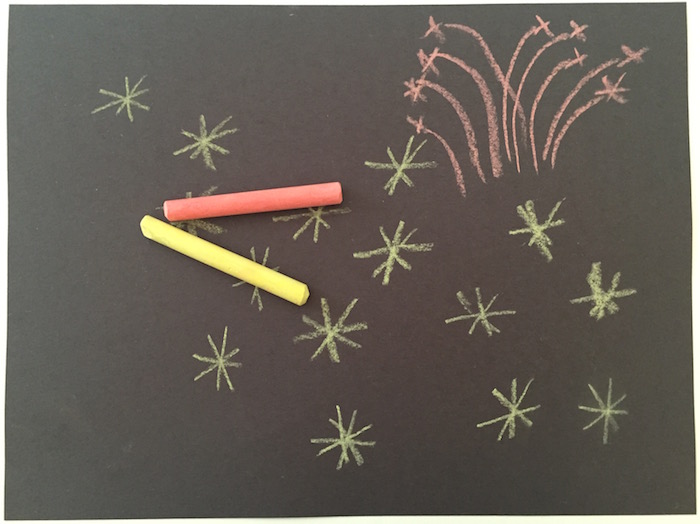