Spanish Poem for Children with Color and Nature Words 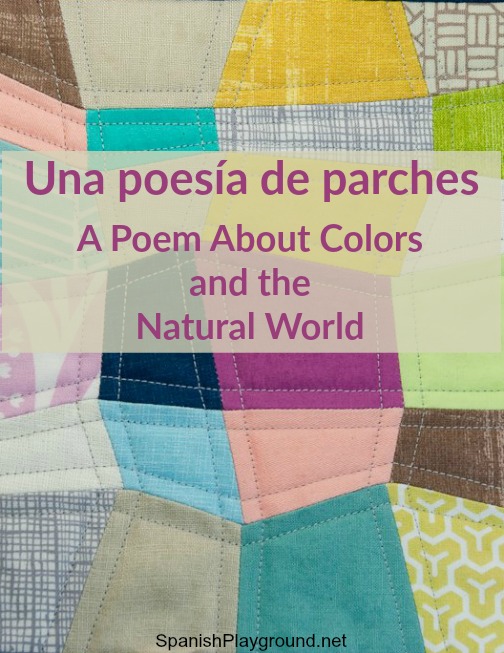 Reading El jardín de Douglas recently, I was happy to find a new Spanish poem for children that I think is especially well suited to using with Spanish language learners.

Douglas Wright is well-known poet, author and illustrator from Argentina. Finding his books in this country is not easy, but he generously shares his work on his blog El jardín de Douglas. I greatly appreciate his permission to share this Spanish poem for children with my readers!

Una poesía de parches is an excellent poem for Spanish learners because the language is familiar to kids and because it is very visual. It is a poem about patches and colors. It is also about poems and blankets made of patches and colors. I have not had a chance to use this Spanish poem for children in class yet. Below are a few of the ideas that I am excited to try and the text of the poem.

I will share the poem here, but be sure to look at the illustration of the poem using the link below. It makes the poem especially clear for children learning Spanish.

You may also be interested in this post: Spanish Poem for Children and Printable Activity – No los veo by Douglas Wright