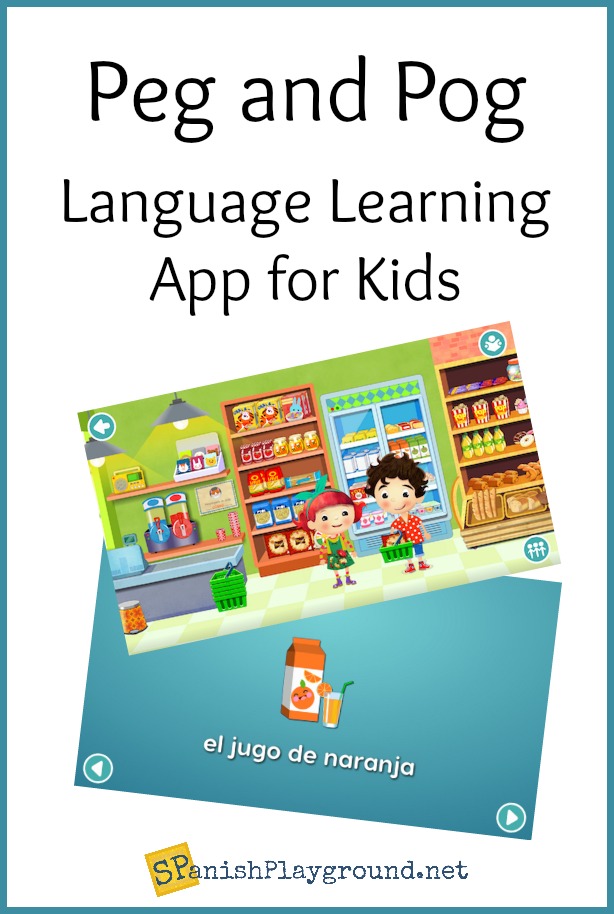 If you are like me, you are always on the lookout for opportunities to expose children to Spanish. Of course, you can’t just throw words at them and expect them to learn! I’m looking for a way to create an engaging, quality educational experience. I recently found one with Peg and Pog, a Spanish learning app for kids from Kenikeni.

Update! KeniKeni has released a new Spanish version of Peg and Pog with content and native audio for European Spanish. If you’re focusing on Spanish from Spain don’t miss this app!

You can get the European Spanish version from Apple or from Google Play.

KeniKeni adding more free printables for the new Spanish version, so be sure to check those out too. I talk more about their printable activities below, but you find them at KeniKeni free printables.

A Place to Play in Spanish

As a Spanish learning app for kids, Peg and Pog exposes children to the target language in a high-interest, low-pressure situation. That is a good starting point, but Peg and Pog goes beyond and creates a beautiful space for children to play and learn.

Just as valuable, the world of Peg and Pog is a place where teachers and parents can interact with kids to help them learn language. Read more about that below! 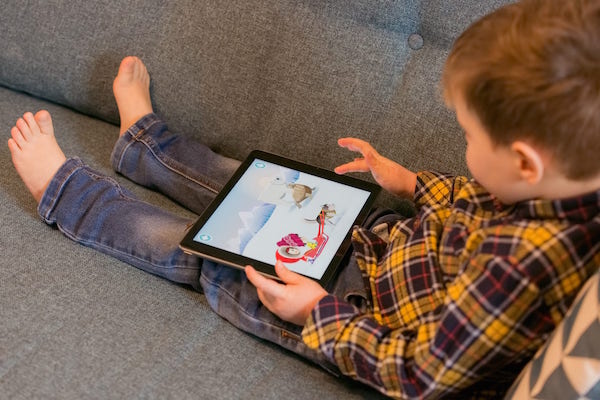 You can download Peg and Pog from the App Store. It is also available on Google Play (Android) and Amazon (Android and Kindle Fire).

The scenes in Peg and Pog are rich in detail and give children endless opportunities for creative play, but the number of words is not overwhelming. In addition, there is lots of build-in repetition to facilitate learning. Each time children move characters and objects in the scene, they hear native Spanish speakers pronounce the words. 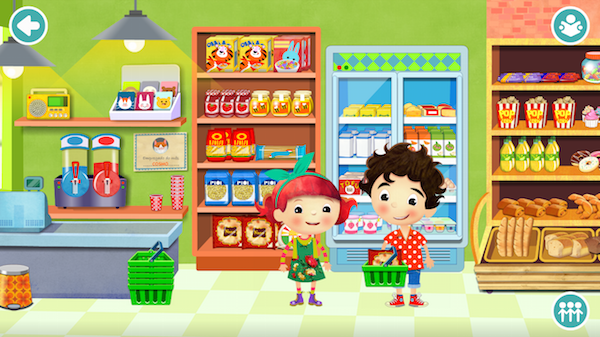 Peg and Pog is an engaging Spanish learning app for kids to explore independently, but that is only part of the educational potential.

Read on for information about how teachers and parents can use Peg and Pog to develop language skills!  You can also learn more about the app on the Kenikeni website.

As I mentioned, Peg and Pog is a space to play and hear Spanish. For language teachers and parents, the scenes and their components are ideal for creating comprehensible input.

Parents, you don’t have to be a teacher to appreciate and apply this idea. If children understand the language they hear, they will acquire that language.

The scenes in Peg and Pog provide a specific context, characters, and a number of nouns related to the setting. I work hard to create contexts like this all the time so that children will understand and learn Spanish.

Teachers, if you are in a one-to-one classroom, this app may be an especially good fit. In addition, Kenikeni is creating free printables for the Spanish learning app for kids and for their other languages, so you can reinforce the vocabulary with physical tasks. You can find the Kenikeni free printables here, including these darling finger puppets! 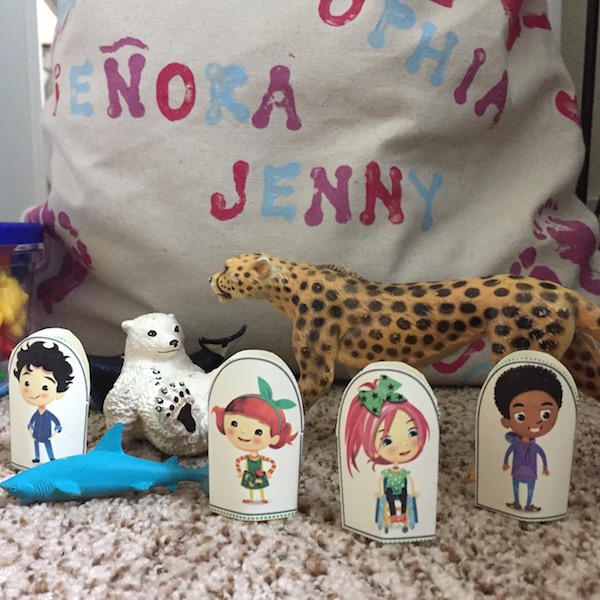 Here are a few ways I use Peg and Pog with my students. Parents, you can certainly try these ideas with your children too.

Remember, I am the one supplying the verbs in these examples, so I can select the language and differentiate for a range of learners.

The characters and the object nouns are in the app, so the work is done for me, and the possibilities are endless! With all of the language examples below

I’ll give examples in statement form to give you an idea of the language the app supports. 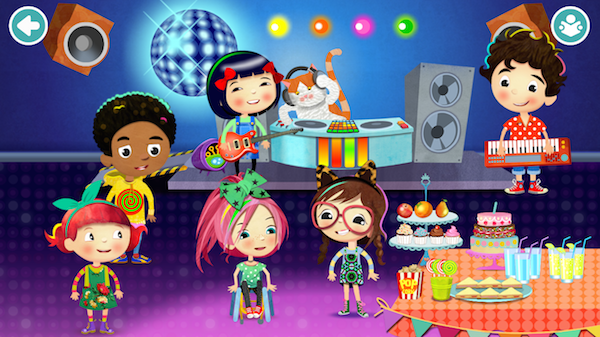 Each of the scenes lends itself to specific language related to the context.
For example:

We can practice basic concepts in any of the scenes.
For example:

In a nutshell, all verbs are not created equal. A high percentage of the time, we communicate about existence, identity, location, possession, preference, motion and volition – concepts that can be expressed by 7 high-frequency verbs.

If we focus on these verbs in comprehensible contexts, students will acquire language to communicate their ideas more quickly than if they learn a large number of different verbs.

The scenes in this Spanish learning app for kids provide many opportunities to reinforce the super seven verbs.
Consider these examples from different scenes:

If you would like see this Spanish learning app for kids in action, check out this feature on Peg and Pog on the AMC network.

As you can see, as a teacher, I’m excited about this Spanish learning app for kids. Peg and Pog creates a space for creative, child-driven play with a rich language component. Playing independently, children will hear and learn native speaker pronunciation of theme-related vocabulary.

For teachers and parents, the app also provides a context to create a rich language learning experience. If you happen to be in a one-to-one classroom, consider this app as one of your resources. It lends itself to focused language and comprehensible input, as well as lots of creative play. Let me know how you use this app with your students or family!

Disclosure: The company provided me with a copy of the product to use with my students and I was compensated for the time to write the review. All of the ideas and opinions are my own.