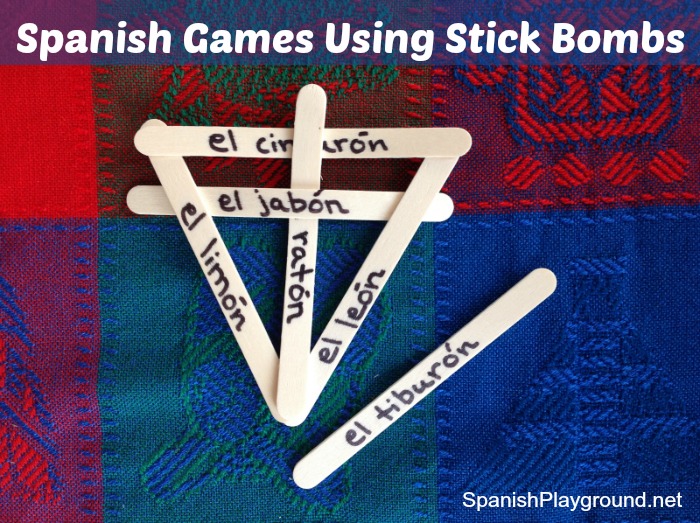 I’m always looking for hands-on Spanish games. The more kids physically interact with words by moving them and ordering them, the more likely they are to remember them. Hands-on Spanish games also keep my most active students engaged and having fun.

Recently FrugalFun4Boys.com had a post about making stick bombs with wooden craft (Popsicle) sticks. I use wooden craft sticks for all kinds of word and sentence activities, so I thought that Spanish games using stick bombs would be a hit with students. After all, kids love building things. Watching them fly apart makes it even more fun! A stick bomb is just an arrangement of sticks woven together. Pressure holds them together until you throw them. When they hit the floor, the sticks fly apart.

Stick bombs are easy for kids to make. You can see a demonstration of how to make stick bombs on Make. The single cell stick bombs use 4 to 6 sticks.

There are dozens of ways to add language to this activity.  The easiest way is to have kids sort the sticks based on words written on them. Then they use them to make a stick bomb.

Here are a few options for creating Spanish games for language learners with stick bombs: 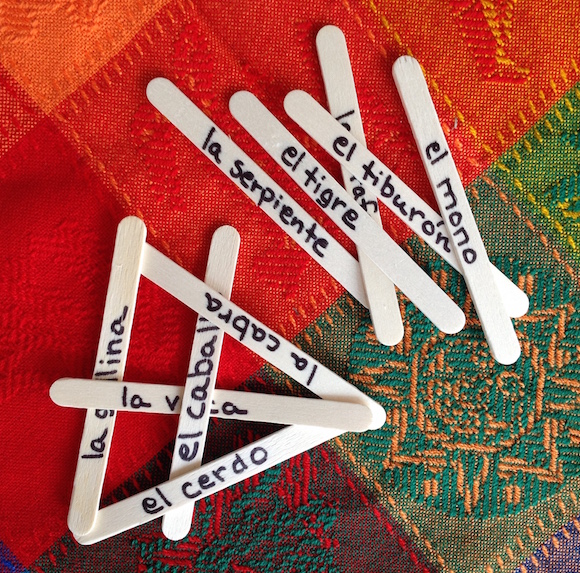 Make a stick bomb with words in a category, like farm animals. 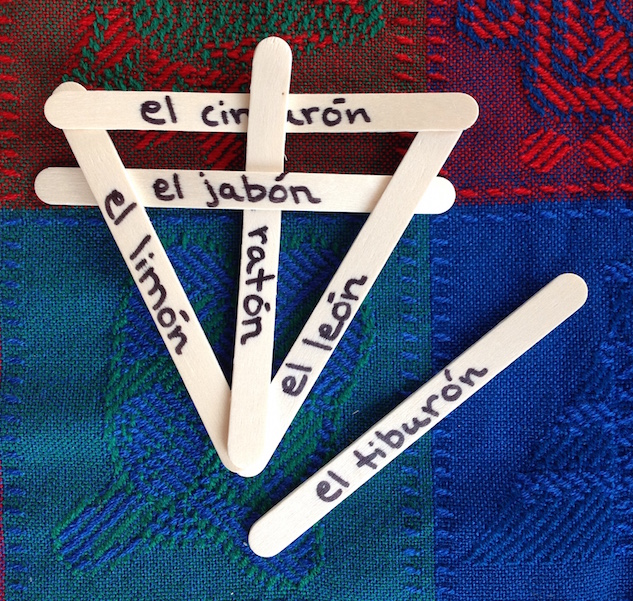