I have two more color-by-number drawings in Spanish that feature different drawings of a piñata and a pesebre or nacimiento. They are great for talking about colors, numbers and Christmas words.

The piñata in the picture is the traditional star that is broken during the posadas. Read more about the symbolism of the piñata.

You can use these words to describe the tradition of the piñata as your child does the Spanish Christmas color-by-number sheet. 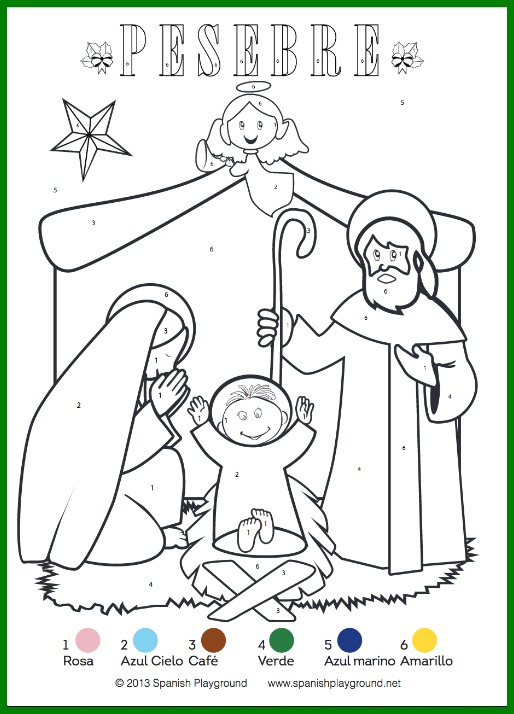 The pesebre, or nativity scene, is another Christmas tradition in Mexico and the rest of the Spanish-speaking world. Un pesebre is also called un nacimiento. There are many nativity scenes in other countries, too. In most, they include the figure of the Child Jesus from the time they are set up. In Latin America, the baby does not appear until Christmas Eve.