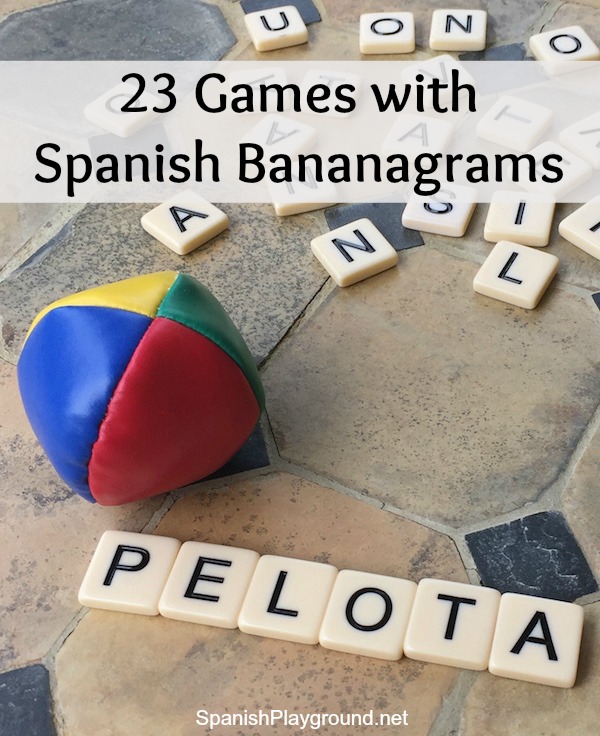 Spanish Bananagrams is my family’s favorite word game. We’ve played since my children were little, and it is always a part of our family gatherings. In addition, the physical game itself, the set of tiles with letters, is one of the most versatile Spanish learning materials I own.

The physical design of Spanish Bananagrams is an important part of why it is so useful and appealing.

The true Bananagrams game is excellent for native speakers or Spanish learners. At the end of this post you’ll find suggestions for supporting kids as they play the original game.

Language learners of any age have fun with Spanish Bananagram tiles. Adapt these ideas to the number and ages of the players.

You can use the Spanish Bananagram letter tiles any time you work with letters. For example, if you play the vocabulary game Basta, you can draw the letter using the tiles. If you are singing Spanish vowel songs, kids can touch or sort the vowel tiles as they sing. Here are a few specific letter activities: 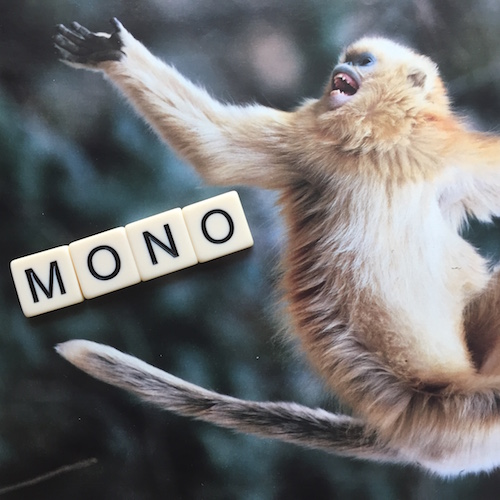 The game Bananagrams, played according to the instructions, is a excellent game for native speakers or Spanish learners who have acquired a base vocabulary to draw on. For beginning learners, try the games I suggested above.

In the original game, players try to use all their letters in words so they can draw more letters (forcing their opponents to draw more, too). It is important to make short words to use up letters, draw, and then rearrange the letters to make new words.

Help Spanish learners with this strategy by reminding them of two-letter words they know. They can use up their letters by adding a consonant or vowel to the letters they used in longer words, so they can draw again. They can then rearrange the letters into longer words.

Remind players that the names of letters are short words in Spanish: ene, pe, eme, be, ce, ge, etc.

Even if you’re not playing competitively, this strategy of making short words will help kids participate. It also keeps them thinking about syllables which will help them form other words. (It is also a key strategy at any level of the game).

Remind more advanced learners to use verb tenses and moods. They may want to make the verb form toma, for example, but not have an a. Remind them that tome and tomé are also words.

Modify the rules to make the game fun:

– Play with the draw pile face up, so players can draw letters that help them.
– Work together to form words instead of playing a competitive game.
– Play that the first person to make 5 words wins.
– Play making separate (rather than connected) words.

Spanish Bananagrams is one of my go-to games for one-on-one play, small groups, or centers. The size and shape of the letters appeals tremendously to children, so they want to hold them, stack them and rearrange them. You will be surprised at the creative ways they find to use interact with the letters and build Spanish words.

Many thanks to Bananagrams for sponsoring Summer Spanish Read and Play and for many, many hours of fun with my own family!