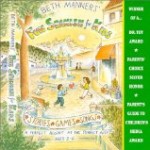 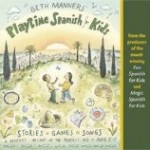 These two award-winning Spanish audio CDs by Beth Manners are designed to introduce children ages 2-7 to Spanish. Playtime Spanish for Kids and Fun Spanish for Kids teach basic Spanish vocabulary and phrases. They also introduce correct Spanish pronunciation, giving children the chance to hear native speakers, absorb the sounds of Spanish and practice these sounds. You can hear samples of both these CDs and learn about Beth Manners’ other language learning products on her website Fun French and Spanish.

Playtime Spanish for Kids is a Spanish audio CD that introduces children to topics like greetings, numbers, animals, the days of the week, and colors. It also has a substantial cultural component, with imaginary trips to Spain and Mexico.

The first six tracks on this CD model and teach greetings, introductions, and responses to “How are you?”. With songs, actions, the game Simon Says, and a story, the CD presents the vocabulary and structures for these situations and also provides the repetition and reinforcement that children need to learn language.

Most of the cultural component on this CD is in English. It is a brief introduction to two countries where Spanish is spoken. Kids hear a little information about Spain – the old buildings of Barcelona, the beautiful beaches and meals. Related to meals, they hear and repeat tengo hambre (I’m hungry), and the words el desayuno (breakfast), el almuerzo (lunch) and la cena (dinner). They are also introduced to the typical Spanish foods gazpacho and paella. On an imaginary trip to Mexico, kids hear mariachi music and dance the Mexican hat dance. These cultural elements make children aware of Spanish-speaking countries in a very general, age-appropriate way.

This Spanish audio CD also introduces kids to animals, the days of the week and colors. There is a substantial amount of vocabulary and it is presented much more quickly than the initial lessons about greetings. The meaning is clear because the Spanish words are presented with the English. Also, sound effects reinforce the animal vocabulary, and all of the words are used in songs. Still, children should not expect to be able to remember the meaning of these words or be able to repeat them right away. This CD is meant to be listened to many times, and over time children will become familiar with these Spanish words.

Fun Spanish for Kids is another Spanish audio CD that introduces children to lots of vocabulary including food, colors, weather and common verbs. These words are presented in translation; kids hear the words in English and Spanish. Like Playtime Spanish for Kids, this Spanish audio is meant to be listened to many times. Lists of Spanish words go by quickly, and beginning Spanish learners will not remember them at first. With time, kids will become familiar with the vocabulary.

This Spanish audio, Fun Spanish for Kids, also introduces kids to the basics of verb conjugation. With a stuffed animal, children do a series of actions. First, they do it themselves saying, for example, Yo me siento (I sit down). Then, children have their animal friend do it and say, Tú te sientas. (You sit down). Next, they both do it and say Nosotros nos sentamos (We sit down.). Combining the language with actions, helps children process Spanish at a deeper level.

Throughout the CD children are encouraged to repeat the Spanish they hear. The children on the CD speak clearly and model correct Spanish pronunciation, so that kids can absorb the sounds of the language.

Both of these Spanish audio CDs introduce children to a large amount of Spanish vocabulary and the sounds of the language. The words are presented in conjunction with English, so the meaning is clear. With time and repetition, children will become familiar with the Spanish on Playtime Spanish for Kids and Fun Spanish for Kids and have a substantial head-start on learning the language.

Read about other language learning products from Beth Manners:
Spanish in a Basket
Magic Spanish for Kids 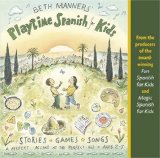 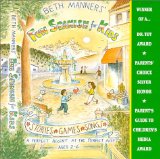 Disclosure: The company sent me a copy of the CDs to write this article. All of the ideas and opinions are my own.