Song and Video to Learn Numbers in Spanish 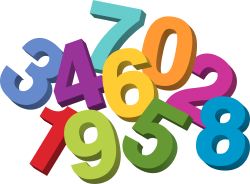 This catchy song and video teach the Spanish numbers 1-10. The video shows the numbers as kids hear and sing them, so they are associating the words with the written numerals. Singing is also great Spanish pronunciation practice.

This song is mostly numbers, but I like it because there is other language too. The numbers are incorporated into normal Spanish structures with a few useful words. Kids will learn that empieza means start, and that meaning is reinforced each time they start the song with empieza as the very first word. They will also sing vamos a contar (we’re going to count or let’s count). This structure is very common in Spanish and one that you can use in any situation: Vamos a comer, vamos a leer, vamos a irnos pronto. Finally, the meaning of otra vez (again) is reinforced as they count again. This simple phrase also helps kids internalize the noun vez as feminine. This is a short, simple song, but there is lots of language learning going on!

Listen to the Spanish numbers song.

These are the Spanish words and a translation:

Empieza con uno / Begin with one –

Here are more songs to teach children numbers in Spanish: