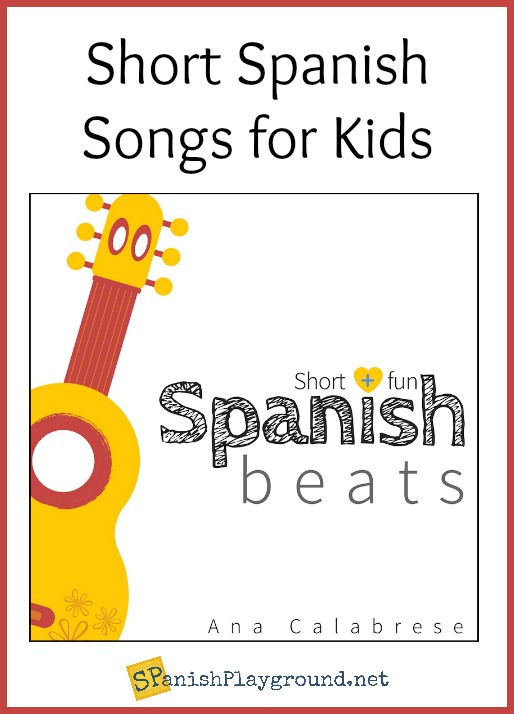 I am always on the lookout for short Spanish songs to sing with kids. When I recently discovered Short + Fun Spanish Beats from Ana Calabrese, I knew the songs would fit right into my classes.

Ana Calabrese, originally from Colombia, is raising a bilingual family in California. She began writing short Spanish songs to use in her classes,  and now has an album with 15 songs for Spanish learners. You can find Short + Fun Spanish Beats on iTunes, Google Play and Amazon.

If you’re working with preschool or the early grades, these short Spanish songs are a great addition to a classroom or to sing with kids at home. Be sure to check out all our Spanish songs for kids grouped by theme.

You can listen to clips of the short Spanish songs on the Spanish + Me website.

There, you can also read the lyrics of the songs, and learn more about Ana Calabrese’s passion for bilingualism.

You’ll find lots of way to use these short Spanish songs with your students or children at home. Here are a few notes I’ve made thinking about using the songs in my classes.

This transportation song uses sound and movement to introduce kids to the words tren, avión and auto. Once my students know the song, I’ll personalize it by asking how they would like to travel. We’ll do a class poll, where they put a sticky note with their name under the picture of a train, plane or car. Then, we’ll count the responses and put them into a bar graph.

This song introduces children to animal vocabulary and a few words for places animals live: la casa, la granja, el zoológico. Once students know the song, we’ll sort picture cards of the animals on pictures of the places. I’ll use the opportunity to reintroduce the words bosque, desierto, and selva when we talk about where zoo animals live in the wild. 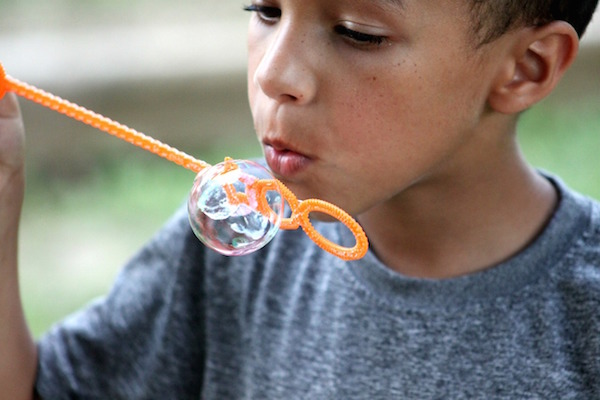 This song incorporates body parts and lots of movement. Of course, we’ll blow bubbles and pop them! Once children know the song, I’ll give them a coloring page with a picture of children and we’ll add bubbles. We’ll draw or glue bubbles on la nariz, la cabeza, las manos, y los pies.

There are 15 short Spanish songs on the album, and you’ll think of plenty of other ways to use them with your language learners. Let us know what activities your kids like best!