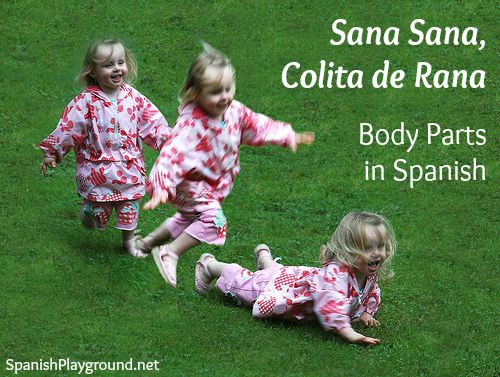 Summertime is full of scraped knees and elbows. With the bumps and bruises, we have many opportunities to say Sana sana colita de rana, si no sanas hoy, sanarás mañana. We say this traditional rhyme to children when they get hurt, and as we say it, we gently rub the place where it hurts.

Sana sana colita de rana, si no sanas hoy, sanarás mañana translates as Heal, heal, little frog’s tail. If you don’t heal today, you will heal tomorrow. Chanting the rhyme and rubbing the bump distracts little ones when they hurt themselves. It is also an excellent way for kids to hear the contrast of the present tense used with hoy and the future tense used with mañana. 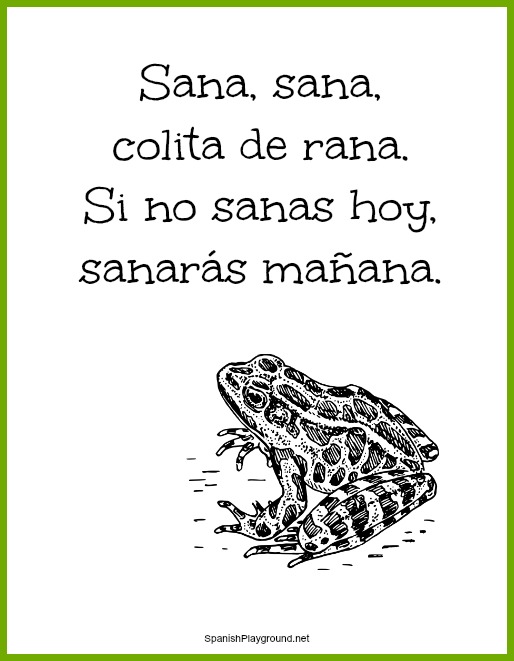 I practice the rhyme Sana sana colita de rana and body parts with my preschool classes by pretending that toy animals have hurt themselves. Then, of course, the animals need una curita, a band-aid!  In order to play this game, you need felt band-aids and a stuffed animal for everyone. As you can see in the photo below, I make my curitas using different colored felt and a little two-sided tape. The felt will stick to the animals, and the two-sided tape is to put the white square on so they look more like band-aids.

I teach my students this simple rhyme:

First, I start saying ¡Oh no!, and the kids ask ¿Qué pasó?. I tell them what part of my animal hurts. The way this game works, all of the animals suddenly have the same injury. Then, we rub the animals in that spot and chant: Sana sana colita de rana, si no sanas hoy, sanarás mañana. Finally, everyone puts a band-aid on their animal in the right place. 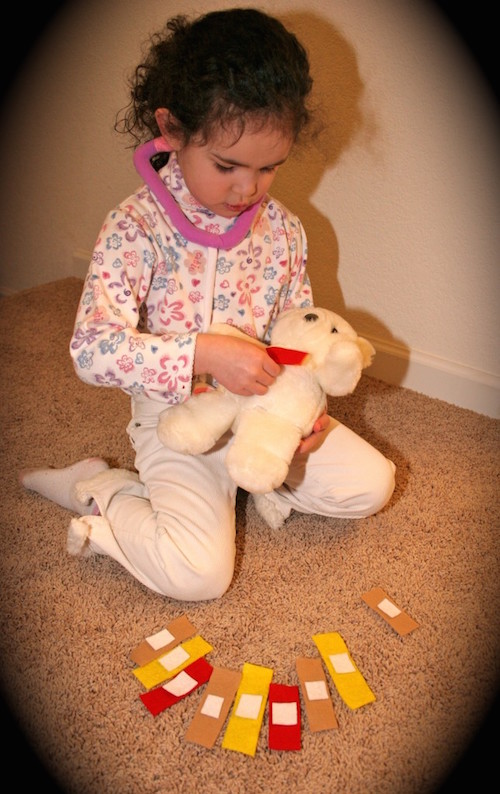 Through traditional rhymes and songs, children learn culture in addition to language. All over the Spanish-speaking world, parents says Sana sana colita de rana to their children. There are song versions of the rhyme too, like this song by NiFu NiFa.

This is a very simple, effective game, because kids hear and produce lots of Spanish as they play. We end the game by putting our animals to bed. They had a very eventful, accident-filled day!