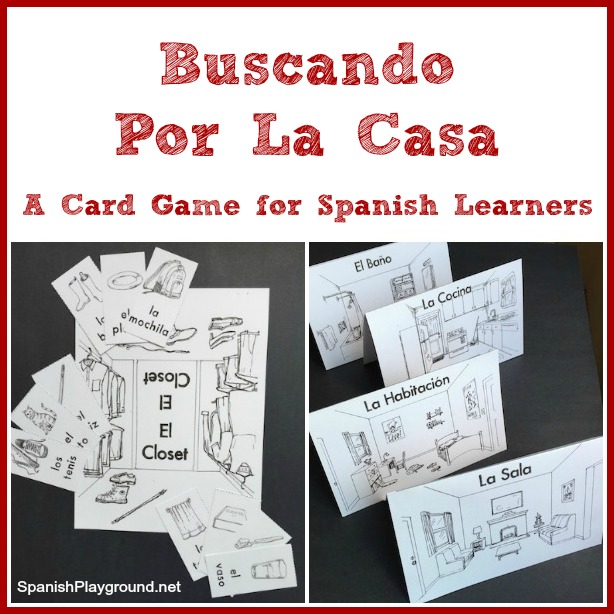 Last year, I made a printable Spanish card game based on Go Fish, but I added extra language. It’s called Encuentra los animales, and it has worked so well, I made another one for learning rooms of the house and common household objects.

This printable Spanish card game is called Buscando por la casa. It adds context to the classic game Go Fish, so that players are looking for objects in different rooms of the house. Read more about reasons to use games in language teaching.

Also, if your students are learning about furniture and homes, be sure to see our collection of Spanish house vocabulary activities.

Why A Printable Spanish Card Game?

To say they have no cards and the player has to draw, players use the verb buscar.
No. Busca los platos en el closet.