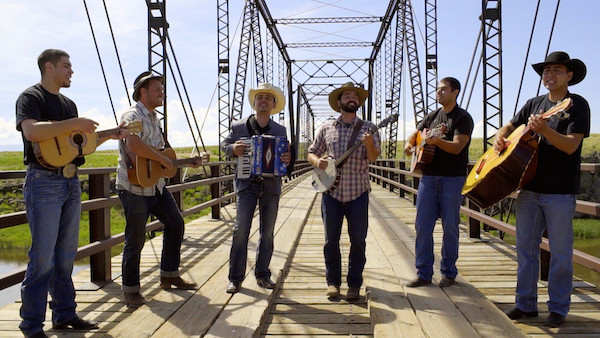 The GRAMMY Award-winning Okee Dokee Brothers are known for their playful music and thoughtful lyrics. Their third album, Saddle Up: A Western Adventure Album, will be released May 13th. It is a delightful collection of songs with a message that is both timely and timeless.

One of the biggest benefits of learning another language is understanding that we share common experiences, regardless of the language we use. That is the message of the song Somos Amigos from the new Okee Dokee Brothers album. The song is a collaboration with New Mexico-based Carlos Medina and his group El Trío Los Gallos.

Somos amigos is a wonderful song and video to share with Spanish learners. These are a few of the features I like:

The rest of the songs on Saddle Up: A Western Adventure Album are in English, but several reinforce the message of Somos Amigos. In particular, I love the song The Great Divide. It is a clever take on perspective that will intrigue kids and help them understand that there are indeed two sides to everything.

Saddle Up: A Western Adventure Album will be released on May 13 as a digital download and a CD and DVD set. The DVD documentary features educational material and music videos. It was filmed on a 30-day horseback journey along the Continental Divide.

The song Somos Amigos and the album Saddle Up: A Western Adventure Album are available from Amazon. 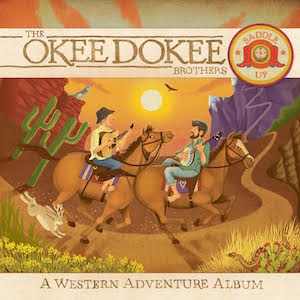 Disclosure: The company sent me a copy of this product to be able to write the article. I may have been compensated for my time. All of the ideas and opinions are my own.