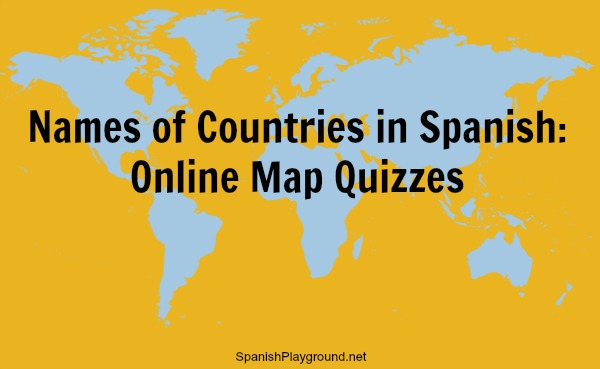 As kids study Spanish language and culture, they usually are introduced to the geography of Latin America and Spain and learn the names of those countries in Spanish. Often, however, they do not learn the Spanish names of countries in the rest of the world until much later.

Most names of countries in Spanish have English cognates, so they are easy for children to learn. There are lots of good map quizzes online where kids can become familiar with this Spanish vocabulary as they learn or review their world geography.

These are a few websites to help children learn country names in Spanish:

Mapas Interactivos de Enrique Alonso – This site has a large selection of interactive puzzles and quizzes to learn world geography in Spanish.

Seterra – These quizzes ask you to click on a certain country. If you cannot get it right after several tries, the correct answer flashes.

Toporopa – These quizzes focus on Europe, with some interesting variations like volcanoes, ports and flags.