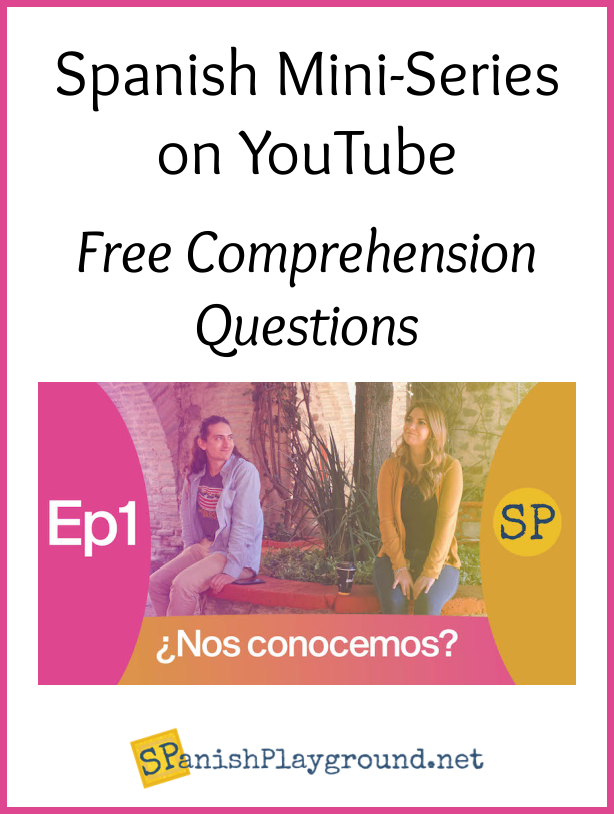 In the series, Sol and Antonio see each other several times in a park. They are sure they have met before, but can’t remember where. They try to figure it out and have conversations about school, work and hobbies like sports and cooking.

This mini-series offers Spanish input to use in different ways with language learners. Below you’ll find suggestions and a set of free comprehension questions for the five episodes.

Get the free download of ¿Nos conocemos? comprehension questions.

If you find this Learn Spanish Series helpful, be sure to check out our other videos. In addition to many short videos, we have 4 seasons of a series called Buena gente. Learn more about our Spanish Videos for language learners.

We would love to know how you use ¿Nos conocemos? and our videos with your Spanish learners. Let us know what activities work for you in the comments below.