The Itsy Bitsy Spider in Spanish 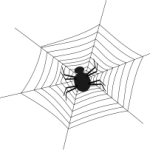 There are lots of versions of The Itsy Bitsy Spider in Spanish. The lyrics are fairly close to the English, although in some versions the spider is spinning her web or climbing a wall when the rain comes. La araña pequeñita, La itzi bitzi araña, Winsy, winsy araña and Wichi, wichi araña are just a few of the names this song or finger play has in Spanish. I include the lyrics to three common versions in this post, but you will find many other variations.

Be sure to check out our Spanish Poems for Kids for more nursery rhymes and finger plays to do with your little language learners.

This is a great finger play to teach kids learning Spanish. They usually know the Itsy Bitsy Spider in English, so the tune and the idea are familiar. Also, the actions help children learn and remember the meaning of the words they are singing.

You can also find lots of activities related to La araña pequeñita online. I have included a few helpful links below the videos. The activities are a good way to re-enter the language and to expand on what kids have learned.

1. In my classes, I teach The Itsy, Bitsy Spider in Spanish as it is sung in the following video. This version has been recorded by lots of children’s artists and many of the recordings can be downloaded from Amazon or iTunes. Three of the clearest versions are by José-Luis Orozco, Susan Barchas y De colores and Cantarima.  This video was done by the San Bernadino County Library. The words follow the video.

2. This is another traditional version of the Itsy Bitsy Spider in Spanish. I like this version because it uses the word telaraña (spider web)and the verbs tejer (to knit or spin) and trepar (to climb). You can hear this traditional song here: Wichi, wichi araña

3. This is a version of the Itsy Bitsy Spider in Spanish from Spain that I like a lot. The spider’s fall is a little more dramatic than in the other versions.

Regardless of the version of the Itsy Bitsy Spider in Spanish you choose to teach, you will find helpful activities and lesson ideas online. Printable resources may have a drain spout in a picture based on the English version, but most can be adapted to use in Spanish too.

With any of these activities, first talk about the pictures using the vocabulary from the song. Then do the activity – sequencing, coloring, making puppets.

Finally, sing the song and point to the pictures (hold up the puppets, flip the flip stick) as you sing. These activities are a excellent way to expand on the song or re-enter the language at a later time.

The Itsy Bitsy Spider in Spanish Sequence cards from Spanish Playground with suggestions for using this free printable.

The Itsy Bitsy Spider – Paint stick flip. This printable has English text that you will want to cover or cut off and then copy again.