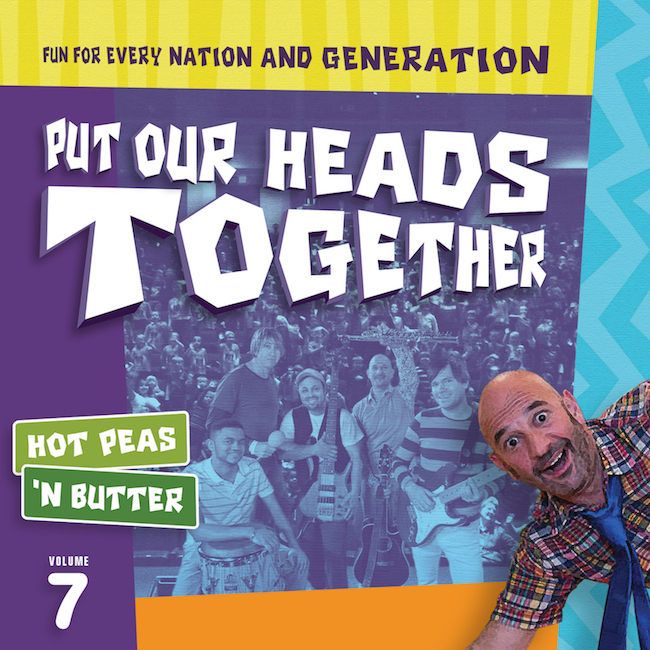 I love recommending music that I know kids and parents will enjoy together. Hot Peas ‘N Butter makes that kind of music. With their Latin influence and bilingual lyrics, they are a fabulous find for families learning Spanish.

Hot Peas ‘N Butter is an award-winning, multicultural family band based in NYC. You may have seen them featured on Nick Jr. or Jack’s Big Music Show.  Hot Peas ‘N Butter recently released their 7th studio album, Put Our Heads Together. It’s a bright, bilingual sound you won’t want to miss.

The music on this new album has rhythms ranging from world-pop to reggaeton. Most of the tracks are completely in English, but these bilingual songs will please your Spanish learners.

Amistad – This song features Dan Zanes and is one of my favorites on the album. The rich sound makes the most of both languages, layering them with wonderful effect. Everyone will be singing La amistad siempre será before the song ends.

Seasons – This wonderful song pulls kids into to the cycle of the seasons with a beat and momentum that goes round and round. Kids will love singing the seasons!

Colores – This song is a fun choice for Spanish or English language learners. The video below has the lyrics. Ready to sing?