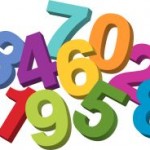 I use this simple game, He pensado un número, to review numbers in Spanish and teach mayor (greater) and menor (less). We play in class and I also give it to my students in their list of at-home activities. You can play with just two people or in a group.

– One person chooses a number between 1 and 100. They can write it down or just remember it.
Then she says to the others He pensado un número entre el uno y el cien.
– The other person, or other people, guess the number by asking ¿Es máyor de (número)?/ Is it greater than (number)? and ¿Es menor de (número)? / Is it less than (number)?
– The person who thought of the number only answers sí and no.
– The others guess until they find the right number.

I like this game because it is can be played in a short time and kids generate lots of Spanish numbers out of order, but thinking of the value. I also like that it teaches mayor and menor in a context other than talking about age.

This is useful vocabulary to play this game with numbers in Spanish: