Children learning Spanish will identify with Juan, the little boy in this song who protests that it is too early to get up for school. Arriba, Juan is a traditional song in the form of a conversation between Juan and his mother.  It is fun to have different people or groups sing the two voices.

This is a great song for kids who are learning to roll the rr. Because they are singing and moving more air through their mouths, the rr in arriba is easier to pronounce correctly.

If you are working with rhyme, the even lines of the song end in rhyming words: gallito-tempranito, escuela-muela, soldados-levantado (or helado-levantado). Like most traditional songs there are several versions of the lyrics, but the rhyme is consistent in all of them. I have included the complete lyrics below.

You can listen to this Spanish song for children here.

This is another version, where both Juan’s mother and father try to get him out of bed, which makes the song a little longer, with more repetition. In this version they sing Oh, no instead of Ay, no.

Both of these versions are available as mp3 downloads from Amazon. 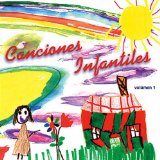 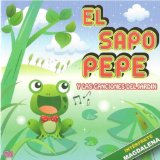 These are the most traditional lyrics, and the ones that you will hear in videos. There is also a version that changes the line about the soldiers. I put the alternate lyrics in parenthesis.

A word-for-word translation follows the lyrics. There is no attempt to conserve the rhyme or rhythm; it is for parents learning Spanish with their children.

Horses in a Parade: Learn Spanish with Pictures
Basic Concepts in Spanish