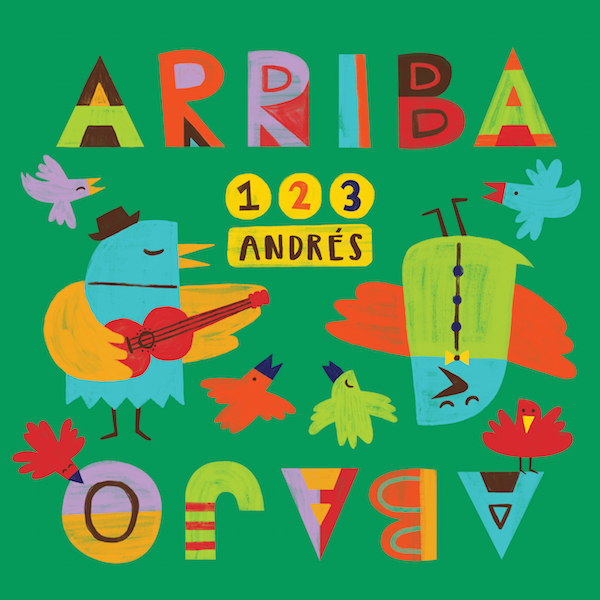 Arriba Abajo is a wonderful new CD by 123 Andrés. These songs have rich layers of music and language that enhance learning of both Spanish and content. Most important, they are songs kids will want to sing again and again.

Andrés Salguero is 123 Andrés. A native of Colombia, Andrés has been nominated for a Latin Grammy and featured on CNN en Español, Univisión, and Telemundo. Learn more about Andrés and his music on the 123 Andrés website.

Children have to enjoy music in order to learn from it. These songs are wonderfully catchy and singable. On the first half of Arriba Abajo, Andrés sings the songs completely in Spanish. Then, he sings all of them in English. I will focus on the songs in Spanish, but this CD is an excellent choice for learners of both languages.

Arriba Abajo is available June 10, and you can pre-order now from Amazon and iTunes. A learning guide for Arriba Abajo is in development with families from the U.S. and Colombia. The guide will be available later this summer with learning activities using the music.

It is a challenge to create children’s learning songs that combine quality music with engaging content and yet are not overly-didactic. Andrés has found a perfect balance on Arriba Abajo. Patterns to build skills such as rhyming, phonemic awareness and number sense are embedded in the lyrics. However, I guarantee that children will hear songs they want to sing, not language lessons.

You can listen to several of the songs on Arriba Abajo here. I’ll mention a few of my favorites and let you explore the rest.

When asked how music enhances learning for children, Andrés Salguero responded, “I believe music is the ultimate task for the young brain. When children sing and move to a song their cognitive, physical, emotional and language areas are involved.”

I agree with Andrés that quality music for children does exactly that. It certainly is true of these songs by 123 Andrés! 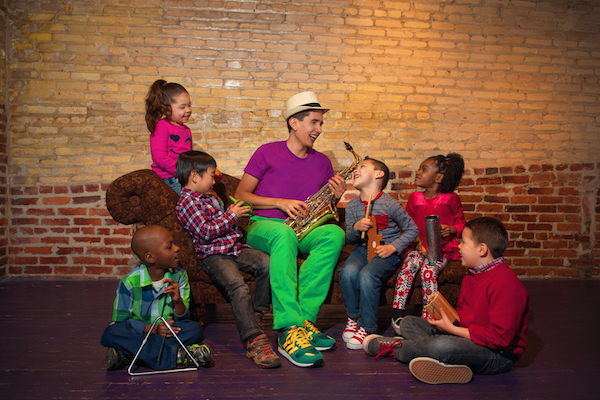 Disclosure: The company sent me a copy of Arriba Abajo by 123 Andrés to be able to write the article and compensated me for my time. All of the ideas and opinions are my own.